I’ve been wanting to hike Enchanted Rock for quite awhile.  If you haven’t heard of Enchanted Rock before, it’s a beautiful pink granite dome located in the Hill Country.  Climbing the Rock is a rite of passage for any Texan.  Before my studies intensified in the summer, I was trying to organize a trip to Enchanted Rock with some friends. Husband was like, “Ummmmm, it’s all rock over there.  We’re going to bake.”  You’d think I’d listen to someone who’d been there before, but I was still stubbornly trying to organize a trip over there (in July!!!)- until the Enchanted Rock twitter page confirmed that the surface temperature of the rock reaches 133 degrees or something ridiculous during the summer. I decided to save the hike as a special treat for when I was done with my test/during cooler temperatures so we wouldn’t all die of heat exhaustion.

On Friday, Husband and I finally made the drive over to Frederickburg and Enchanted Rock, which is roughly one hours and forty five minutes from Austin.  It was a little chilly, but beautiful and sunny, and I knew that the park would reach capacity.  As of this year, the park operates on a voucher system – in order to preserve the natural beauty of the area, there are limited parking spots.  Once parking spots are gone in the morning, the park is closed and vouchers are issued for when the park re-opens in the afternoon.  Once the vouchers are distributed for the afternoon, then the park is closed for the day, and will not re-open until the following day.

We left Austin by 8:30 am, which I knew would be too late for any morning hiking. Fortunately, we were able to pick up a voucher for the afternoon before they ran out. With a couple of hours on our hands, Husband and I decided to explore the nearby town of Fredericksburg.  As the town was originally inhabited by German immigrants when it was founded in the 1800s, it has retained its German influence with its restaurants and cute shops.

When I visit any town, I’m on the hunt for yarn stores.  I stopped at Lauren Bade, which had a small but enchanting selection of yarn.  I picked Illimani Santi yarn, which was reasonably priced.  I also received a free pattern with my purchase for a color block shawl.  It wasn’t until I got home that I realized I’d inadvertently selected my wedding colors. 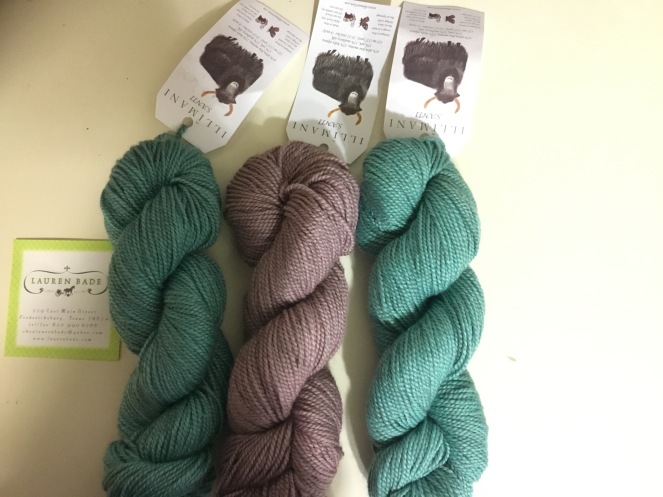 I can’t wait to play around with that yarn.

After grabbing delicious German food for lunch and coffee, we decided to make the trek back out to Enchanted Rock, since the park was reopening at 1:30.  The line to get into the park was a bit long, even with the vouchers.  We arrived right at 1:30 and were able to park at 2:00.  Then it was time to begin our ascent to 1,825 feet! 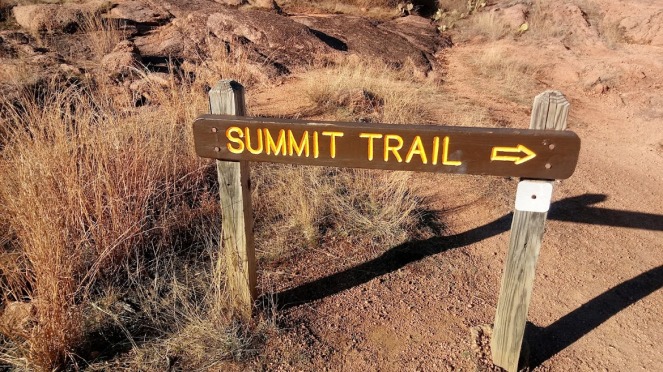 The views were beautiful – so quintessentially Texan. I’m certainly no Ansel Adams, but I was pleased with how the photos came out with my cell phone. 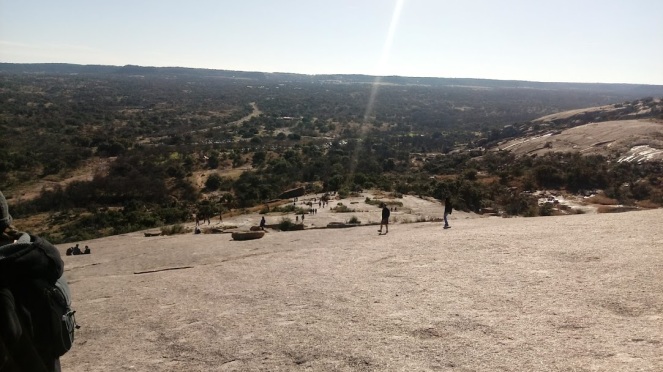 The Rock gets steep – roughly 30 degrees – so it feels strange to be hiking up it at times.  Fortunately, the granite has a high coefficient of friction, so I never felt like I was going to slip.  (Though understandably, the Summit Trail is closed on rainy days). 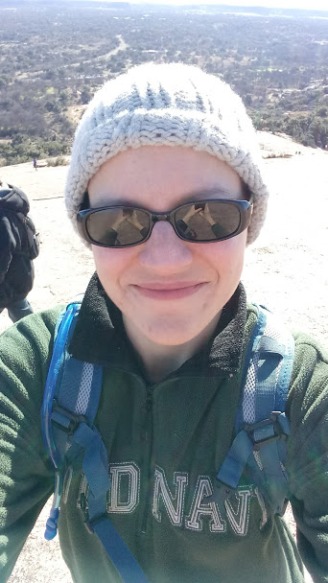 I brought a hand-knitted hat with me 🙂  I would say the hike is accessible to any fitness level, but the steep climb is definitely easier if you have some baseline level of fitness.

Husband and I took an adventurous path down, marveling at the natural flora and fauna along the way. 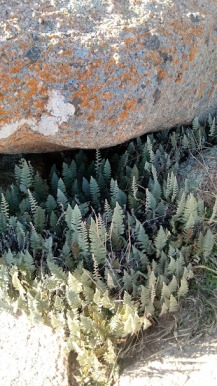 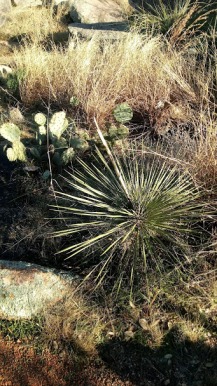 We left the park tired and happy!

If you are ever in Texas, then you must stop by!  You won’t regret hiking to the top! 🙂