I was having lunch today with a couple of friends, both who had lived northeast for awhile but had migrated back down to Texas.  “It’s weird that it’s the holiday season and we’re all in shorts,” one of them said.

And that’s pretty much what fall and winter is like in Texas.  Eighty degrees?  Well, I guess it’s time to pull out the winter boots, because when else are you going to wear them?  Below seventy degrees outside?  BRING OUT ALL YOUR WINTER GEAR.

I have two finished cowls to show you, even though it’s currently 75 degrees outside and I will get a heat stroke if I wear them.

Last year Fiancé and I went to Las Vegas for a friend’s wedding. It was such a wonderful trip!  Before we left, I stopped by the Sin City Knit Shop and bought a skein of their famous “Roll the Dice” yarn.  I received a free pattern with my purchase and selected the “Rock Climbing in Vegas” pattern by Debbi McCarty.  It seemed the most accessible for a beginning knitter.

As is customary with my projects, I didn’t start it until June of this year, when my family and I were traveling to Italy. I figured it would be a fun project to take with me on a plane.  I worked on the project during the two weeks we were there.  It was a nice way to take a mental retreat.

My cousin’s cat was really intent on helping me with the project.

My aunt’s cat really wanted to help, too.  Italian cats are so nice, you guys!

The project worked up really nicely. I love the ombré effect.

And the cowl is so soft and squishy!

This cowl is perfect to wear for transitioning into cooler weather.  It’s lightweight enough so I won’t sweat to death if I wear it in sub-70 degree temperatures.

When I got back from the field last month, I decided to treat myself to a Joann’s trip. My brother had gotten me a gift card, and the money was burning a hole in my pocket.  I couldn’t believe my eyes when I saw a whole rack full of Wool and the Gang projects.  I excitedly took home a Lil’ Snood Dogg kit.

Let’s see what we’ve got inside. 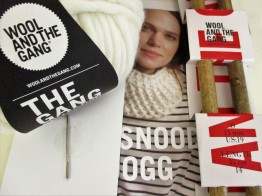 The yarn is a cheaper wool/acrylic blend than the Crazy Sexy Wool you would get with ordering the kit directly from Wool and the Gang.  I’ve never worked with Crazy Sexy Wool but I liked the blend that came from the Joann’s kit.

The project is worked up in moss stitch. There were definitely some tension issues on my end.  A couple of rows to the end, I messed up and did a couple of knit stitches in a row, but was too lazy to fix it.  Sewing the ends of the cowl was a wonky task given the tension differences at the beginning and the end.  The stitches also worked okay, considering my dog decided to try and eat my knitting needles halfway through it. 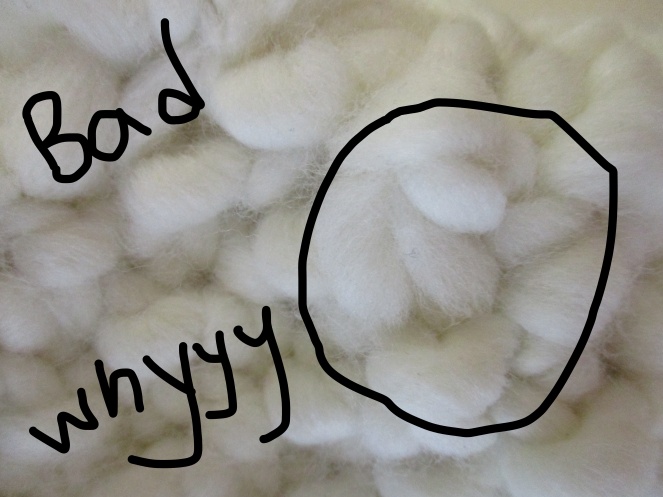 Despite the imperfections, I like the look of the cowl.  It’s snuggly and I don’t think my mistakes will be noticeable.

I think I’ll wait until we get really cold weather to wear this cowl, though. So…I can wear this for like three days in January. Can’t wait!

4 thoughts on “A Tale of Two Cowls”