Hi guys!  I hope you all had a good weekend.  It’s less than 2 weeks until my test, and I’ve been really stressing out about it.  But only two more weeks of studying and I will be freeeeeeeee.

Today I was feeling very grumpy, and like a small child, I was mollified with a treat (Starbucks) and toys (pretty fabric).

I stopped by The Cloth Pocket today to pick up some fabric for my upcoming Grainline Studio Willow Tank class.  I’m so happy The Cloth Pocket is around, especially now that Stitch Lab has closed.  They are offering so many cool classes and honestly, the location is a lot easier for me to get to than Stitch Lab’s.  I was so excited that I signed up for the Fancy Tiger Sailor Top class next month.  Yay!!

In project news, I’ve been going back and forth between the Scheepjes Hygge CAL and my Little Box of Crochet mug cozy project.  I really have been loving the CAL, but I’ve hit a bit of a snag. 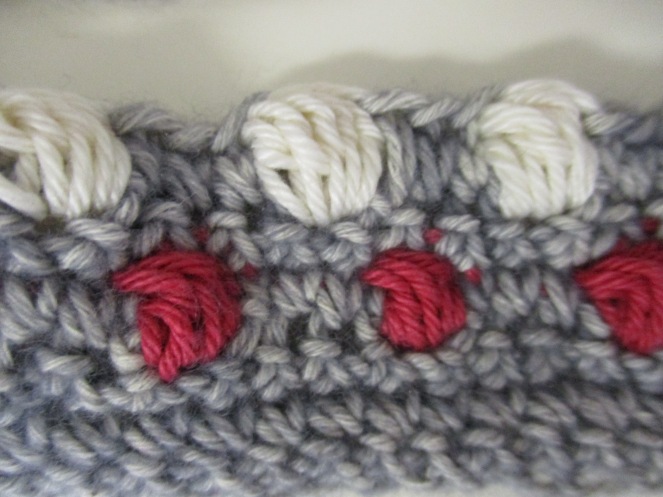 These bobbles are supposed to “pop”…but as you can see, my bobbles are not popping.  I’ve watched the video tutorials and followed the pattern but I can’t get my bobbles to pop! So frustrating!  I was feeling pretty bummed about it until I went on Instagram and discovered that apparently there’s an entire hashtag dedicated to #bobblegate for the poor souls experiencing the same bobble issues that I am.  The CAL Facebook group has a pattern hack to make the bobbles pop, so I’ll have to frog this and try that hack instead.  I’m way too tired to do that tonight, so instead I worked on this: 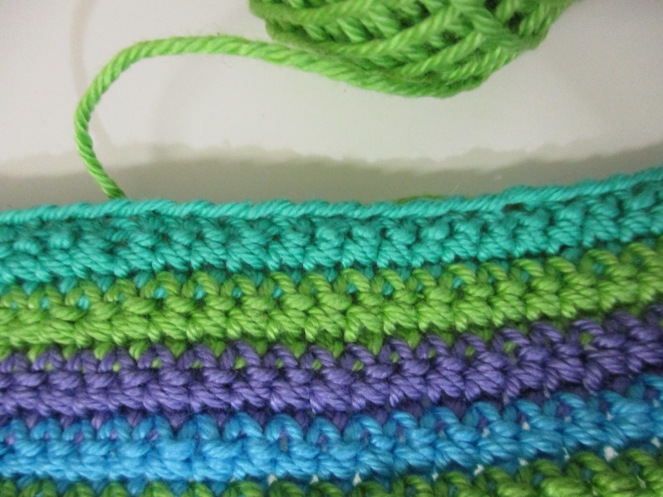 This is the second mug cozy from Little Box of Crochet’s February box…I think this color palette is my favorite of the two!  Hopefully this will be a quick project.

Alrighty!  I’m going to watch John Oliver and wind down with some projects.  I hope you all have a great week!

3 thoughts on “Two More Weeks Until the Test, or: MORE PICTURES!”