Hello everyone!  I’m kind of in denial that October is already over.  It was a busy month, but a good one.  I just returned from visiting family in Pennsylvania.  I was so excited for that trip; I hadn’t seen my family in awhile, my cousin was getting married (!), and it’s actually FALL over on the East Coast.  Do you want to know the weather forecast for this week here in Texas?

But over in Pennsylvania, the leaves are actually changing colors!  And I can wear a cowl without sweating to death! 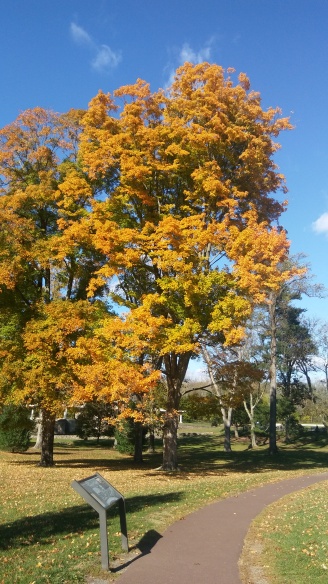 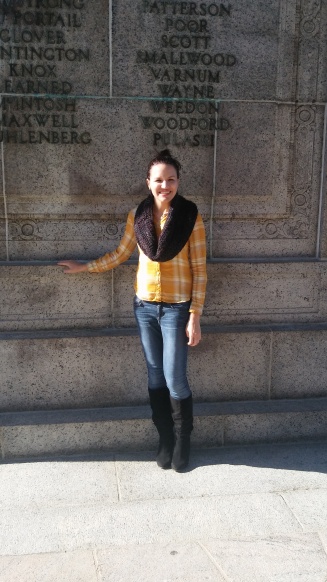 Since my cousin was getting married, I knew that I wanted to make him and his beautiful bride a homemade gift that they could treasure forever.  I decided to cross-stitch them an heirloom wedding sampler.  You’re probably thinking, “But you’re a really slow stitcher, Jenny.  And you still haven’t finished the sampler you started making for your friend’s sister, whose wedding was already over TWO YEARS AGO.”  And those are all true statements.  But I got it DONE, you guys.

Here is the super secret project I was working on! 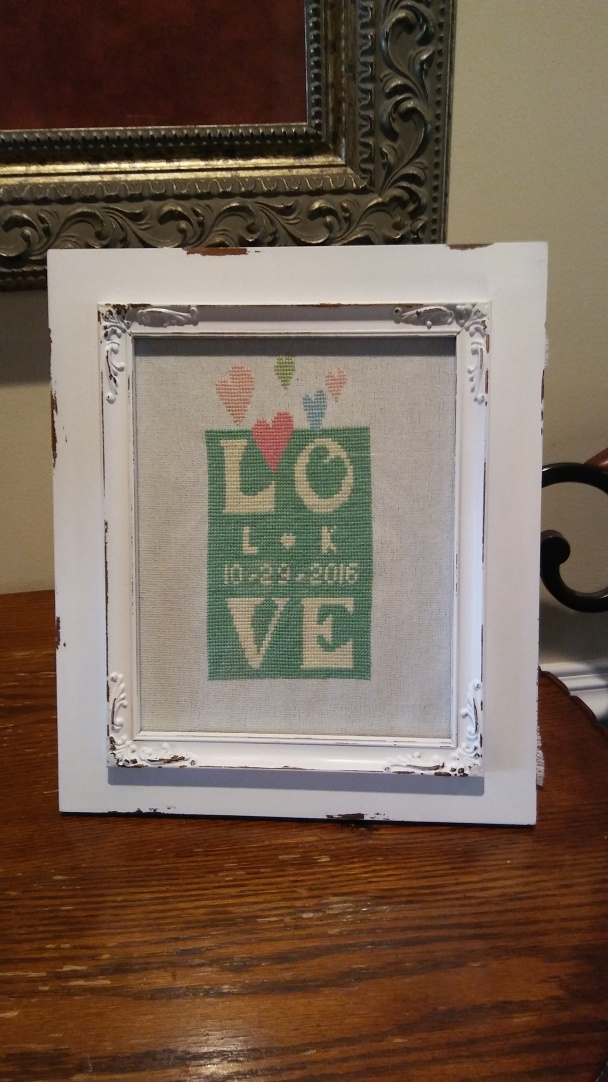 I selected this pattern from CrossStitcher magazine’s April 2015 issue.  As soon as I saw the pattern, I knew it would be perfect for my cousin.  He and his bride live near the Philly area, so I thought the pattern’s LOVE Sculpture inspiration was perfect.

From the start, I took some creative liberties with this pattern.  It is admittedly very difficult for me to break out of the mold when stitching up patterns.  I feel like I absolutely MUST follow the pattern, or else THINGS WILL HAPPEN.  But I had to improvise right from the very beginning.  The pattern called for DMC 563 embroidery floss, but Michael’s only had DMC 564 in stock. “We’re getting more in next week,” the clerk said helpfully.  “BUT THERE IS NO TIME,” I thought (rather overdramatically) to myself.

So I purchased the floss and started the project, but kept staring at the colors and thinking that it was all wrong.  I finally dragged Boyfriend several days later to a different Michael’s, which had the 563 in stock.  I stared at both the 563 and 564 and held them up to Boyfriend.  “…I don’t really see a difference,” he said finally. Relieved, I continued stitching in the 564.

I also took some liberties with the middle section (L hearts K).  The pattern called for the full first names of the bride and groom, but for the sake of time, I opted not to do it. I think it fits better, in this case, since the groom has a longer name, and I was afraid that it would offset the pattern.

Tuesday night before the wedding, I had only the “L” and “O” completed, but fell asleep before I could continue working on the piece.  Wednesday night, I stitched furiously while at the salon.  Thursday morning at 6:00 am, I was the only weirdo still awake on my flight while everyone else was trying to get some sleep.  I’ve started trying to stitch one row at a time, filling in each color as it comes up in the pattern, since I’ve gotten myself in trouble by counting too far ahead and then miscounting.  But I decided to count ahead to save some time, and sure enough had to frog most of the “V” due to my miscounting.  Blast!

On Friday night, I cuddled up on my aunt’s couch after everyone had gone to sleep and was able to get most of the pattern done, save for the middle and last 3 rows.  45 minutes before the wedding on Saturday, I made my last stitch.  I left off the last 4 rows of the piece at the bottom, but I thought it looked great as is.  This project was a great reminder that I could take some creative liberties with a pattern, and it wouldn’t be a disaster.

My cousin and his wife were really happy with the piece, so the hard work was worth it!  I hope it is a piece that they can enjoy for years to come.